I was  born in Shanghai before the Second World War, the only child of well-off parents. They were distant from me and from each other; my father was a man with several businesses, and my mother was occupied with managing the household and her many personal needs. My father was out most of the time, and my mo 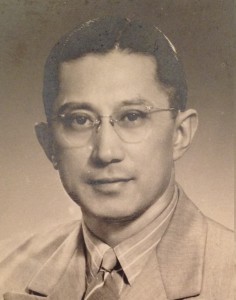 ther received a stream of service providers all day long.  They included the psychiatrist, the masseur, the cosmetologist, the dressmaker, the hairdresser, the manicurist, and more. She also had a regular mahjong group as well as a bridge group. My father, my mother and I each had our own suite of rooms, and we were taken care of by a crew of se 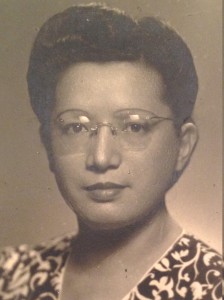 rvants who inhabited our large house more fully than we did.  For me, the vibrant center of the house was the kitchen. I’m told that, starting as a baby, I would crawl around the tiled  floor, picking up bits of detritus and usually eating them.  I grew up in that kitchen. Later, I’d head there as soon as I got home from school.

Hong, our cook, was a handsome, irascible man who always seemed to have a cleaver in his hand which he wielded furiously upon live chickens, ducks and big pork joints. In the Chinese style, he chopped right through bones. I loved the crunching sounds as I ducked the splatter of blood and bone chips.   Hong’s favorite chopping block was a section of a tree stump, aged into a shallow bowl from constant use. Teenage Xiao Liu (little Liu) cleaned up after Hong with various cloths and mops, or squatted on the floor, plucking chickens after Hong had beheaded them with a mighty thwack. Chickens DID scuttle around the kitchen minus their heads, but were quickly caught by Amah and their blood drained into a bowl and saved. Amah, who had been my mother’s nursemaid, came from a time and a family where nothing was wasted. She could spend hours meticulously scrubbing and cutting up chicken intestines which were later served up as rubbery little tubes in soup. You always knew she was coming because her bound feet sounded like hooves on the tiled floor. Our kitchen was modern, but no one stood at a counter if a job could be done squatting on the floor.  Amah or one of her helpers would fill a big, chipped enameled tin pan with water. Then she would lower herself on the floor with a groan, and drag the pan to her side with whatever cleaning job needed to be done.