Deaths, listed in the Shanghai Gazette:

On May 11, 1942, at her residence, 606 Embankment Building, Shanghai, Mrs. Mary Klyhn, aged 72 years, widow of the late Lauritz H.C. Klyhn and mother of Mrs. Burgoyne, Mrs. Davie, Mrs. Fulton, Peter, Lawrence, Hans and Harry Klyhn. Funeral services will be held at the Bubbling Well cemetery on May 13.

The grave of Mary, or Ah Fang, as she was listed on her marriage certificate, was surrounded by dozens of floral tributes.  The list of donors included Chinese, and Eurasians of several mixes: Portuguese, Indian, Danish, and German.  I was on the list, with my parents, and I can recall the grave, smothered in bouquets.  A red maple tree was planted by the grave.  By the time most of the family left for other countries in 1949, the tree was a spectacular signpost to the grave.  Today, the cemetery is long gone, and high rise buildings have taken its place.

But my question is: who was she?  I know she was tiny…and her husband at least a foot taller.  They had met in Ockseu, Amoy, where he held the post of the lighthouse keeper.  As far as I know, she barely spoke English, and Lauritz certainly did not communicate in her Hakka dialect.   How did a Danish six footer get together with a Chinese woman under five foot tall? 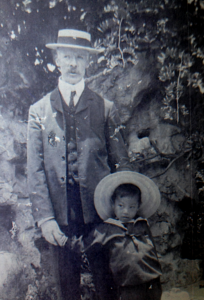 They were legally married, and as we know, 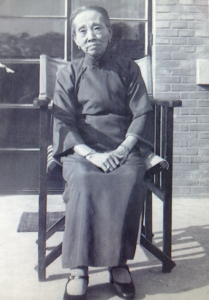 had seven children in Ockseu. 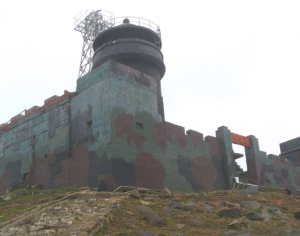 Lauritz died suddenly in his forties, and Ah Fang was counseled by locals to get herself and her children to Shanghai, where missionaries were reputed to be helpful.  None of the children, then all under ten years old,  ever were told how this transpired.   Part of the mystery of Ah Fang is how a penniless, illiterate woman achieved this transfer, and soon saw all her children housed, fed, clothed and  schooled.   The Presbyterian missionaries who embraced the family saw to it that  the children were enrolled in charity schools, where they received an excellent education and emerged ultimately as skilled accountants and secretaries.  Eurasians may have been pariahs socially, but they were eminently employable.  They were smart, skilled, willing to work harder and agree to far less pay than their white colleagues.

My recollection of Ah Fang is of a figure in a darkened room in the Embankment Building apartment of my aunt Grace and her husband, Bob.  I remember visiting, and being told “you can go in to see Granny now.”  Reluctantly, I entered the room, where Ah Fang, now dubbed Mary, lay in a canopied bed by the curtained window. She was slowly succumbing to a  painful cancer. I remember the sweetish fug that filled the room…Mary was almost immobile and never spoke to me.  Her hands might rise from the bed and she might tremulously ball up a paste and stuff it in a pipe. Her amah would light it for her, and she would smoke for a few moments, then seem to fade into her bed.  Sometimes she would cough; quite a strong, hacking sound, and the bed would vibrate.  That was it.  I was never tempted to approach the bed, and I was glad to leave the room, feeling a bit dizzy.   Aunt Grace always had a slice of cake for me.  Her son, Ron, a few years older than me, would be out or on his way to a soccer game with his father Bob, a tall, handsome and well regarded player.  Bob Davie, too was on his way, soon to join the British army on the fight against Japan.  Grace was a small and saintly figure at our often raucous family parties.  Taking care of her mother was her primary duty.  Her son claims my opium smoking recollection was a fantasy, but he does admit that Grace supplied her mother with heroin by injection, as needed. But none of this tells me anything about the woman herself.  In a photo of her 60th birthday, she sits, as always in her Chinese padded gown, in the midst of an extended family in a typical Chinese restaurant of the day. 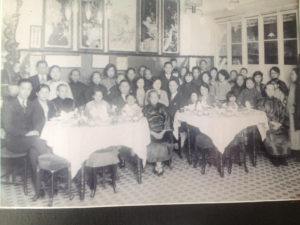 The food would be excellent and plentiful, but the furnishings were typically austere; complete with hard backed chairs, wobbly tables and clammy tile walls and floor. The same cast of characters, plus a few more, would be present at her funeral.

Lauritz with one of his children,